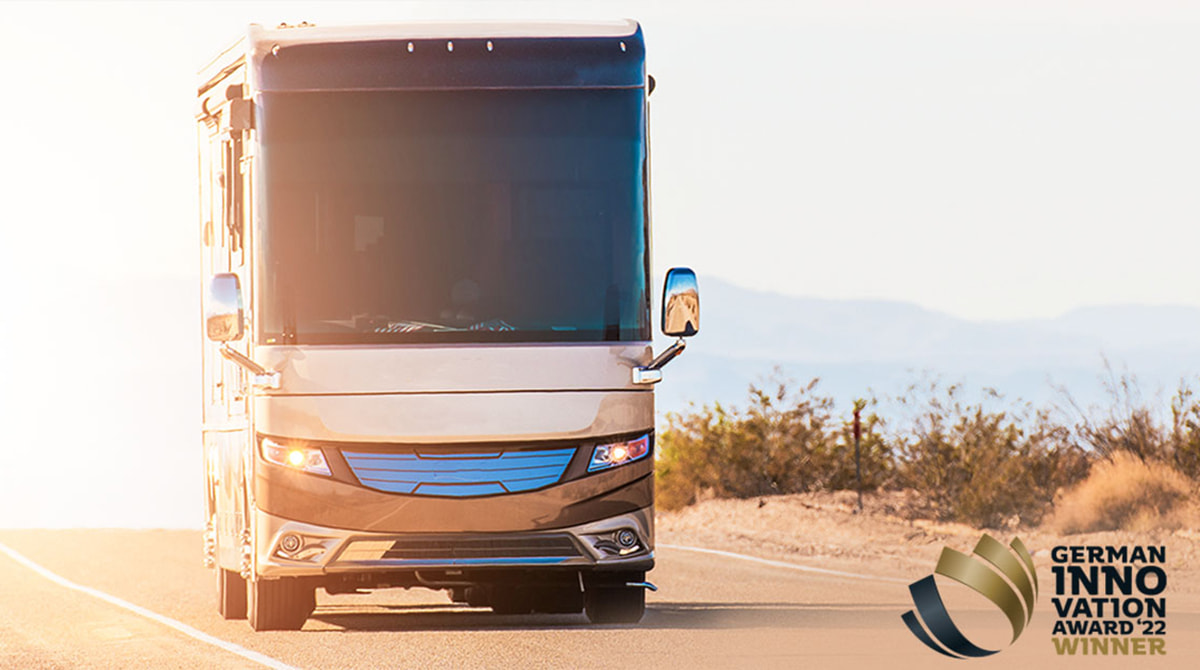 LAMILUX Sunsation® represents the long-awaited revolution in fibre composite plastics and completely redefines the standard for exterior applications. The innovative gelcoat technology features 20 times better UV resistance than the gelcoats currently available on the market, broadens the horizons in terms of image, appearance, care and value and makes investments look like new, even after decades in the sun.

Europe’s leading manufacturer of fibre-reinforced composites,LAMILUX Composites, presents LAMILUX Sunsation®, the world’s most UV-resistant GRP face sheet and one of the most revolutionary developments in the world of glass fibre-reinforced plastics.

The new GRP standard in the sun

No dulling, no difference in gloss and no colour difference after removal of decals from surfaces: LAMILUX Sunsation® sets a new benchmark in the quality standard of glass fibre-reinforced plastics. In artificial weathering tests, such as according DIN EN ISO 4892–2, LAMILUX Sunsation® demonstrates absolute resistance. Even after 15 to 20 years of real weathering, LAMILUX Sunsation® retains its rich colours and maximum gloss. The results of the tests confirm the revolutionary development for GRP exterior applications.

The ultimate plus: LAMILUX Sunsation® significantly reduces the care requirements of exterior applications. Surfaces that do not dull and do not lose their gloss do not need to be waxed for preventive protection or subsequent repair. In figures, this means:  90 percent less effort and expense for waxing, thanks to the use of LAMILUX Sunsation®. Not to mention the significantly higher resale value and the enhanced appearance. After all, LAMILUX Sunsation® still looks like new, even after years in the sun!

LAMILUX Sunsation® - The all-rounder in the sun

Want more than just the world’s best UV resistance? No problem. Sunsation's® innovative technology can be combined with almost all LAMILUX products. Whether it’s the most sophisticated look, the highest impact resistance and damage tolerance or the lightest in lightweight construction: LAMILUX Sunsation®, the new GRP standard in the sun, is perfectly equipped for any external application, no matter how demanding.

The new LAMILUX technology was recently introduced to the market and has already performed impressively at the German Innovation Awards.  The German Innovation Award honours innovation achievements whose added value breaks new ground. The focus is always on the user experience: Solutions that make our lives better and contribute to a better future. The renowned award jury named LAMILUX Sunsation® "winner", as the new technology provides advancement for the industry due to its originality, accomplishment and effectiveness.