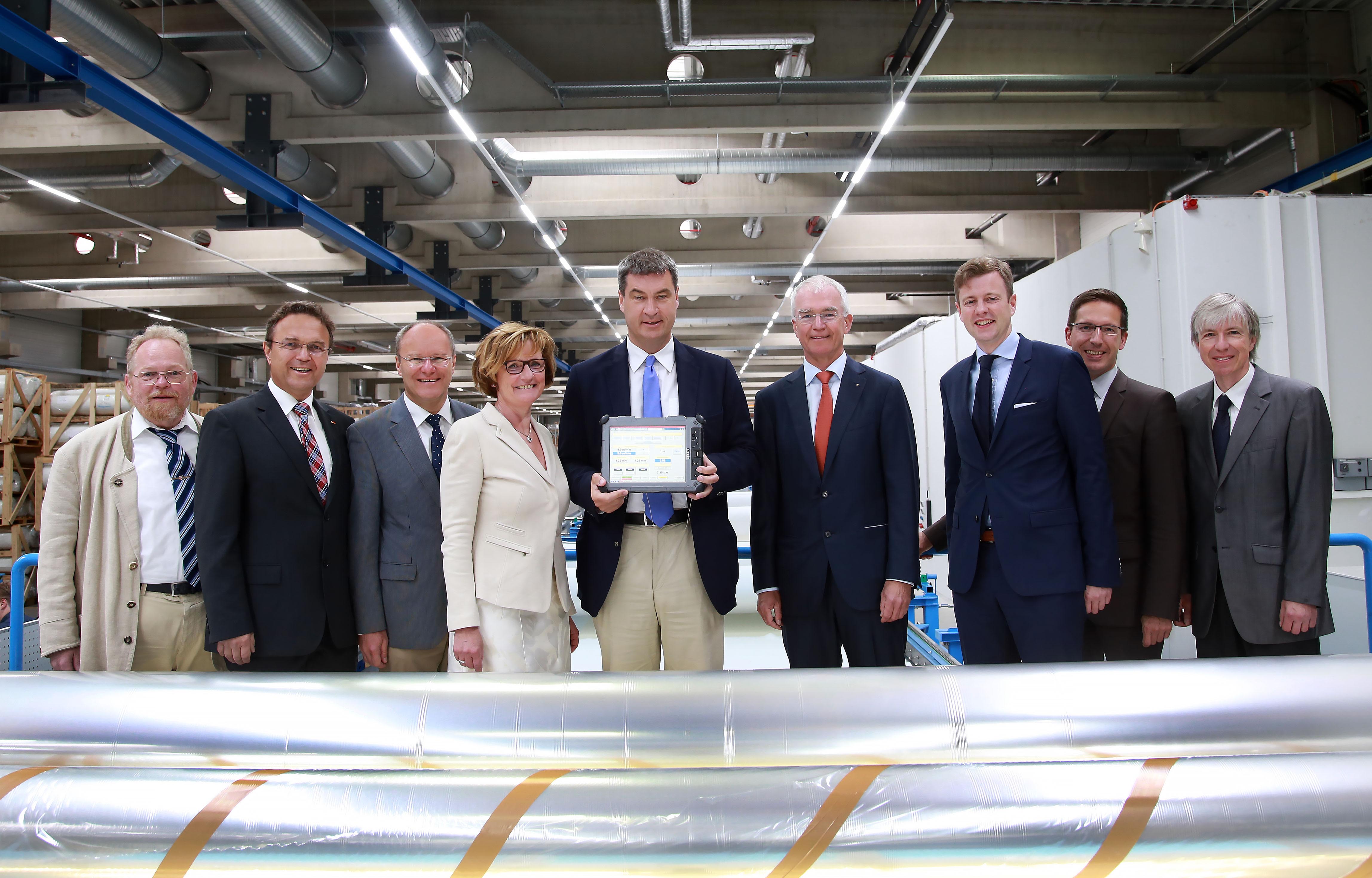 Inauguration of a new LAMILUX production plant in rehau with Dr. Markus Söder.

LAMILUX is expanding and investing: In recent months, the family-managed company built a new production plant for fibre-reinforced plastics and a new office building at its administration and production site in Rehau. A total of 20 million euros went into the two projects. Attended by the Bavarian State Minister of Finance, State Development and Homeland, Dr. Markus Söder, the official inauguration and commissioning ceremony has now been celebrated.

The new production facility, located on the Rehau industrial estate "Am Frauenberg II", is an ultramodern flat production line system, housed in a production hall with a length of 223 metres and a width of 30 metres. As a leading European producer of fibre-reinforced plastics, LAMILUX now has the fifth plant of this type. The total investment sum amounted to 13 million euros. The additional production line means an enormous expansion of LAMILUX's production capacity in response to the international demand for innovative high-tech composite materials.

LAMILUX invested seven million euros in the construction of a four-storey office building with an integrated canteen. It was created at the company's headquarters in Rehau, and is now the visually definitive building on the extensive company campus. On each of the floors, the modern office rooms can accommodate some 30 employees. The cafeteria, dubbed the "LAMEETeria", is located on the ground floor. This large showcase room is designed for more than 300 people, and has become the central meeting place in the enterprise.