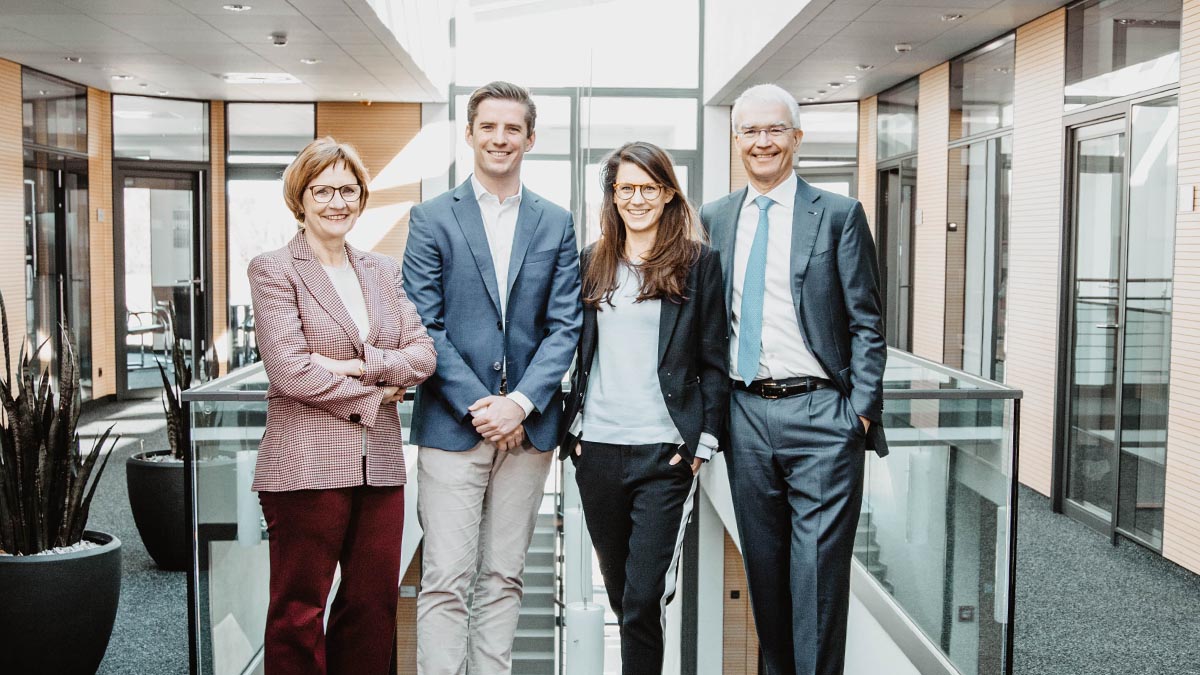 2018 was once again a successful year for the LAMILUX Group: Turnover, staff numbers and investment volumes all increased significantly. And numerous awards and product innovations were further milestones for LAMILUX. For the first time in the company's history, the family-run business topped the 300 million euro mark in terms of turnover.

Just a couple of examples: roda Licht- und Lufttechnik became a part of the corporate family. A new flat sheet system for the production of fibre-reinforced composites was built and will soon be inaugurated. LAMILUX developed the market's first flat roof window with General Technical Approval (abZ) for the use of structural glazing technology. LAMIkita's building application was approved by Rehau city council. And of course: Johanna and Alexander Strunz, the fourth generation of the family, joined the Executive Management at the beginning of 2019.

The Daylight Systems business unit increased its turnover from 109 million euros in 2017 to 164 million euros in 2018. On the one hand, this was achieved through organic growth and, on the other, through the acquisition of roda Licht- und Lufttechnik GmbH and E.M.B. Products AG at the start of 2018.

The LAMILUX Composites division generated a turnover of 153 million euros. In this regard, it was possible to increase production speed while maintaining consistently high quality. This means that customers can now be supplied even more quickly, for example.

With its wide range of products, LAMILUX is in an ideal position to cater to the current trends in the composites sector: decorative materials for outdoor use, new floor structures, two-layer laminates, flame-retardant materials and reinforced glass products. The markets in Germany, the Netherlands, France and China in particular have developed well in this regard.

111 apprentices are currently pursuing LAMILUX’s own apprenticeship concept: Education for Excellence (E4E). Key qualifications are taught in addition to professional skills and the personality of each individual apprentice is promoted. The company has already received multiple awards for this concept, most recently the IHK German Education Award in 2018. A further success of the concept: LAMILUX employee David Tröger was named Germany's best apprentice in the technical systems planner field.

Other awards won by the family-run business last year included the German Design Award for the Glass Skylight F100 Circular and FE and the Red Dot Award for the Glass Skylight F100. For Managing Director Dr Dorothee Strunz, such awards are confirmation that the business is heading in the right direction: "We have first-class employees throughout the whole Group. Every award we receive, every order we carry out, and every satisfied customer we have are entirely due to our great team. This is something we greatly appreciate, but there are still many goals that we wish to achieve together." The "Germany's best jobs with a future" Focus Money Award is also representative of this objective.

Employees in the spotlight

In the past year, many initiatives and measures for employees were implemented once again. A special culture of perception and recognition for the needs of LAMILUX employees was initiated as part of the company’s health management system, for example. It follows the belief that the spotlight should be on the person – especially in times when they need support, and, in fact, long before the lawmakers provide for it.

LAMILUXaktiv is another example of an initiative for employees. The background: Those who like spending their free time together are happier to work together and they work more effectively. LAMILUXaktiv events saw record numbers participate last year. At the beginning of December, for example, three buses with a total of 180 colleagues on board headed for the Prague Christmas Market.

The future is on the radar

In order to remain successful and keep pace with the times, LAMILUX launched the Future Radar project. This project sees experts from all departments and divisions of the company focus on the economic, technical and social developments that the company will encounter in the future. Against this backdrop, the publicly known global megatrends that the global economy will face in the coming decades were compiled to begin with. In step two, the project team derived what we refer to as the LAMILUX trends from these megatrends – those developments that will specifically influence the company in the coming years. Employees are now participating in the project through their personal experiences, impressions and information. This has already led to the development of further and strategic concepts and a specific platform through which to discuss the future corporate orientation.

This year LAMILUX will once again demonstrate its strength in innovation and service. To this end, the Group showcased five new products at BAU, the world's leading trade fair, in January: The new Glass Skylight FE, the Ventilation Flap PR60 for glass roof constructions, the Glass Roof Fire Resistance F30/REI30, the product combination comprising the LAMILUX Continuous Rooflight B and the roda Megaphönix ventilation flap as well as the new roda double flap VenturiSmoke VS2.

"Serving the customer as a matter of course" is the motto of the family-run business. This is to be demonstrated once again in 2019, says Managing Director Dr Heinrich Strunz: "We are indeed monitoring potential external factors closely – such as Brexit or the America First policy, but we cannot influence such policies. As always, we will therefore do well to focus on what we can influence, to pursue our own goals and to personify our values. We want to ensure customer satisfaction and our success once again and do so with courage, honesty and passion".